Picture this: It’s, like, three in the morning. I can’t sleep. Neither can my not-so-new-hubby. So we ate snacks (I already feel guilty) and  we are both killing time in the dead of night. So, here’s a blog post for you. You’re welcome.

Originally, I wasn’t even going to write this post as the day we left Japan was pretty uneventful… but I found a few funny photos and decided that I could just base the whole post around that. As you know from the last post, we stayed up way too late “going nuts.” Then we came home and packed and packed and fretted over packing and packed some more until we were dead on our feet and we knew there was no other way to stretch out our time in Japan. We knew the only thing left to do was get a little bit of sleep.

I have no memory of this happening (it was so so so late) but I apparently told Napkin I was just going to sit down and “think about things” for a minute and this happened:

Y’all, I am dead asleep in that photo.

I’m not blinking. Or nodding off. I am TOTALLY ASLEEP.

I would have stayed just like that had my hubby not knocked me over and put me under the blankets. So that’s basically how packing went down.

The following morning, we finished our little last minute stuff and got ready to say goodbye to Japan. Napkin brought two pairs of sneakers to Japan because one pair was better for walking than the other and when he went to pack them, he realized he had blown the entire side out of his right shoe– so we gave his walking sneakers a little funeral and they were buried in Tokyo. (This also freed up a little extra room for my crap. #yes.jpg) 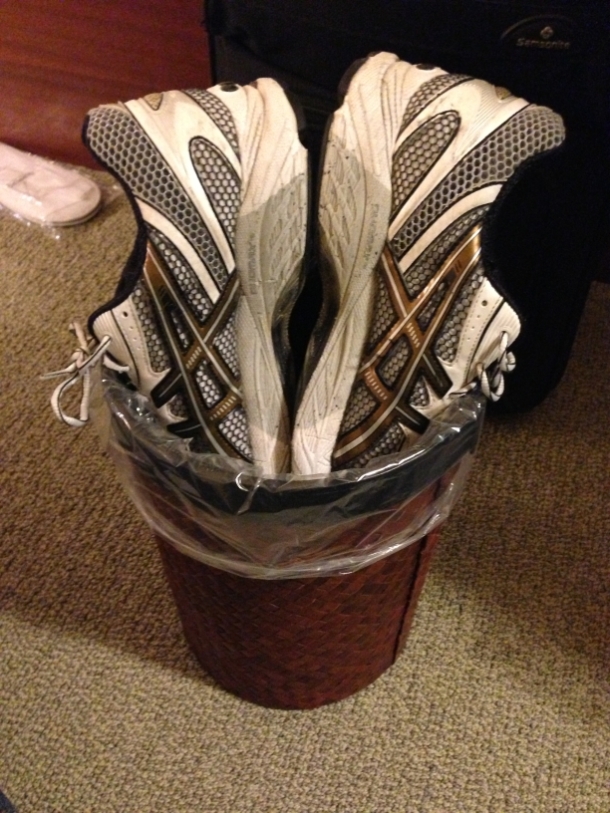 Napkin decided to head down and check with the front desk to see if there was anything that we needed to do before we left. He also was the sweetest and took all of our (ahem, MY) luggage down for me so I didn’t have to worry with it. 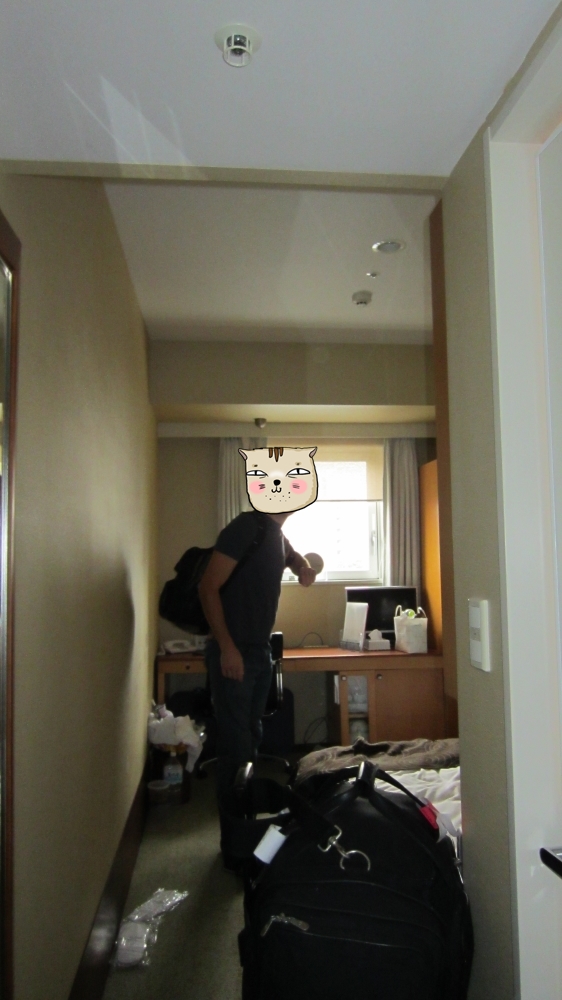 And that gave me time to do this! A walk-through of our hotel room! See? This post has useful info after all! (Be on the look-out for the most epic sad face of all time.)

And with that, I said goodbye to Tokyo.

The train ride was sad and quiet but by the time we got to the airport we were already wistfully remembering Japan and laughing over all the memories that we had made. We were changed forever… as husband and wife! So thank you, Japan. Thank you for being everything I had ever hoped for… and a special thanks to everyone who made it possible for us to make these memories. We couldn’t have done it without you.

WE LOVE YOU, DUDES!