So, I have neglected my little blog for the past week or so… basically because I stopped being sick and it snowed and was also 70 degrees (not on the same day… but close enough to worry about the apocalypse for sure) and I took advantage of all of that. Also, I finally played some shows.

We’ve gone from ‘seriously thinking’ about catering to actually getting stuff done. I finally let Napkin’s mom help me a little…because I was getting overwhelmed. She is amazing at educating herself, asking the right questions and making good, solid decisions. We had a few catering companies in mind, I had asked about friends’ experiences and I knew the general path I wanted to take… but there’s just so much to think about… like…ahem… elven circlets…and…um… well, I needed help.

Today, while I was giving the Nordstrom bridal boutique stink-face, she called me with some new information about catering. Before I go into that– let me advise you: Do NOT get your Bridesmaids’ dresses at Nordstrom. They are boring and ridiculously over-priced. That is all I have to say about that.

So anyway, Mrs. Napkin called me and said that basically every company I had thought about catering my wedding was ALREADY BOOKED. Like, what? I’m still eight months out! I am on schedule! I am a good girl! How can this be? I melted a little in Nordstrom and then pulled it together when she told me that she had gotten in touch with Angie’s Catering… which she had heard good things about and that they were available and sort of awesome. They aren’t exclusively vegetarian… but they have a lot of options and are willing to work with us on what we want. They also will provide staff, a bartender, and cut our cake for us.(If you are coming to our wedding you do NOT want me to cut the cake because this is what it will look like:) 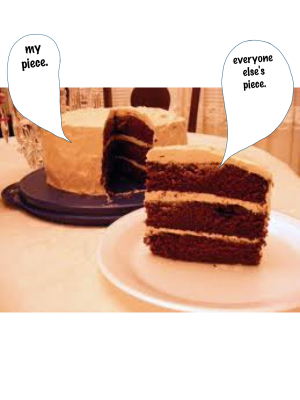 So anyway… Angie’s really sounds like the way to go. BUT THEN.

There is also Eden’s Vegetarian Catering. A girl I barely know (like, we follow each other on instagram) who has a great vegan blog has talked about Eden’s before… and then I realized that it’s the Holy Land of vegan eating in the state. And they cater! Weddings! The menu is absolutely glorious with mock this and that, fancy that and this, sweet things and salty things and it’s just right up our alley. Napkin and I are vegetarian snobs who love to cook and who really appreciate someone who can out-soy us… and having Eden’s cater our wedding would be out of this world. But here’s the thing. I think it’s going to be really expensive. And not as all inclusive as Angie’s would be. I spoke to the head chef (yes, I was totally star-struck) today for a minute and he was saying that basically it’s a one man show. He could do something buffet-style (which is what we wanted) but the frills of Angie’s… with the staff and the cutlery and all that other stuff included…isn’t an option with Eden’s. They would also have to drive 120 miles to Wilmington from Smithfield to do the job for us. I’m waiting to hear back from Eden’s with some more detailed info… but my heart is preparing for what is basically a compromise. As much as I want BBQ soy meatballs… I think I’d rather be stress free and eating pasta that day. As much as I wanted to keep the food part of our wedding personal and homemade… I just don’t think we can do it. And if we’re not going to do it… I want someone else to do it all. Is that a weird thing to say? I don’t know.