…That’s such a dramatic title, ugh.

Where do I freaking begin? This blog post is going to be all over the place. Just putting that out there.

I mean. New Years Eve came around (it has always been my favorite Holiday and I was SO excited.) 2014’s New Years Eve was relatively underwhelming. We went to a bar, we ate late night omelets, Napkin got the flu. But! I MADE SURE to find time to write a mental list of things I wanted to accomplish in 2015:

“Write more on your blog. (You really like that shit.)”

And because I like to keep my lists short and my goals realistic…  at the very top of said list was:

“Get your shit together and make some tough choices. Move on.”

Over the past few months, I’ve been making some tough choices. Some amazing things have happened and I’ve made some real progress. But it has also been one of the hardest times in my life.

I’m easily overwhelmed… I know this about myself. I’ve tried to take baby steps to figure out how I should stop this push and pull between my job and the rest of my life. But I found that one baby step forward equaled fourteen baby steps back and so I gave myself the month of January to see friends, take time off, and be a normal wife to Napkin.

Here’s the short version of the last few months so that we are all on the same page:

My contract with the theatre in Murl Beach is open-ended, so I sat down with my bosses to make sure that they were happy with me and to see if they were interested in keeping me around for the long haul. They are. Unless something crazy happens or I act like a nutbag, I can have my job for as long as I want it.

The theatre takes the month of January off, so I went to the leasing office for the apartment that I was renting in Murl Beach and put my notice in so that I could leave and go HOME when the theatre’s season ended.

I spent all of January in MY house with MY little family– spending time with MY friends back home. I gave myself a break. Napkin and I made a promise to keep the “what are we gonna do” questions to a minimum. We laughed and high-fived a lot. We had done it, you know? We made it a year being in a long distance marriage. It was miserable sometimes– but we passed the test. I made dinner every night. I did yard work. We finished renovating the bathroom. Things were so easy!

And then January was over and it was time to go back to the real world. And man, I crieeeeeeeeeddddddd. Not because I didn’t want to go back to work– but because I had to remind myself that I was, realistically, totally overwhelmed and totally scared shitless all the time. And because I didn’t know what I was gonna do– I just stopped blogging. I needed to, I guess.

Secret things started happening well before January that I just couldn’t talk about. Napkin got a new job around Thanksgiving of last year– one that allows him to work from anywhere four days a week– and for a while it was secret. (It was a two and a half month interview process and I couldn’t talk about it until it was set in stone.) He only has to go home one day a week. And it was such a huge breakthrough for he and I! He started working at the new company right around the Holidays so it didn’t immediately make it easier for us to be in the same state but we knew we had a new option for planning 2015.

We knew we couldn’t do another year long distance. But we weren’t ready to put our foot down one way or the other yet. So, we talked to Napkin’s parents (I’m crying into my curry soup right now thinking about how good they are to us) and they let us stay in a condo that they own in Beach Town– which is an hour and thirty minutes from my job. This way, we had a place to live, together, and we could both keep our jobs while we finally confronted some of the big problems in our lives. Together.

So that, in a really short way, brings me to now.

This is my current view:

It’s a lazy, rainy Sunday. If you look closely, you can see a ball of Molly sleeping in front of the window. Napkin goes home every Wednesday for work and then stays at our house to make sure that it’s not scary and vacant. But this little condo is NOT a bad place to be forced to make some life decisions, right?

When we moved in together in February, the only person that took things in stride was Molly. She was happy as a cat-clam. She has a great view, she sleeps on the bed with me, everything is totally normal for her. But Napkin and I were really stressed. With everything. With each other, with our terrible decision making skills, with the amount of time that was passing without a single choice becoming clear. One night, at our little ocean front dinner table, I started crying in the middle of (ANOTHER) conversation about what we were going to do. I said, “The easiest thing is for me to quit my job.” And he said, “Yeah. That’s the easiest thing.” And I cried because, even though my job is hard sometimes and takes me away from the people I love– it’s what I’ve worked my whole life for. I sing. That’s what I do. It’s what I’ve always done, one way or another, and I just wasn’t ready to give all of that up quite yet. And something about that specific conversation really hit home for Napkin and I. So, the next day, we started talking to real estate agents.

At first, it was a really laid back conversation. We were “sorta” in the market for a second house. We were “sorta” thinking about living in Beach Town, where we have family and friends (and my band!!!!!) and this way, with an hour commute to work each day, I could keep my job and we could finally settle back down. As it turns out, I’m not good at “sorta.” “Sorta” turned into my having looked at thirteen houses. “Sorta” turned into my researching how realistic it was for us to own two houses. How hard would it be to rent one at this point in our lives? It was scary at first, but the more I learned, the more I felt like it was something we could handle.

And then I found her.

The fourteenth house that I looked at was in a cute little neighborhood in downtown Beach Town. It’s close to the bridge that takes me to Murl Beach (and my job) and it is absolutely GORGEOUS. 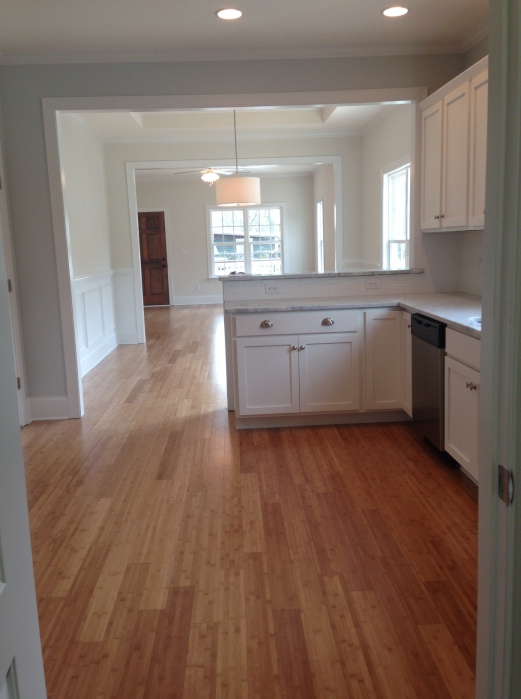 The location (and layout) make it easily rentable in the future. Perfect!! RIGHT?!! I had seen the house by myself that day, and so I made an appointment with our real estate agent to have a second showing of the house, this time with Napkin. He loved it, too! But there was one problem that we couldn’t get over. Lots in downtown Beach Town are TINY and there was no back yard. No place for a shed or any of Napkin’s hobbies. No room for anything except for living. I was really disappointed, obviously, but I don’t want to spend the next few years keeping Napkin from doing the things that he loves. So, we said goodbye to 14 and kept looking.

Houses 15, 16 and 17 happened. They were very nice, but 14 had really been what I wanted so we said no to them, too. And then I got an email from our real estate agent. He had found our perfect little dream home 2.0! Napkin and I went and saw it the next day. AND HE WAS RIGHT! IT WAS PERFECT! It had the same amount of space as 14 with a two car garage attached (nearly impossible to find in downtown Beach Town.) It had the potential to be everything we wanted in a second home!

Napkin and I went home from the showing and thought REALLY hard about it for a few days. We kept to ourselves, we went over every single way this could end up being a terrible idea. And by the end of it all– we were relieved. We were excited about the future! For the first time in MONTHS. In fact, Napkin turned to me at one point and said, “I haven’t felt this good in a long time.”

And that was all it took.

The sellers accepted our offer and we are now under contract. And because I know you’re dying to see it– here’s a picture of our new little dream house 2.0! 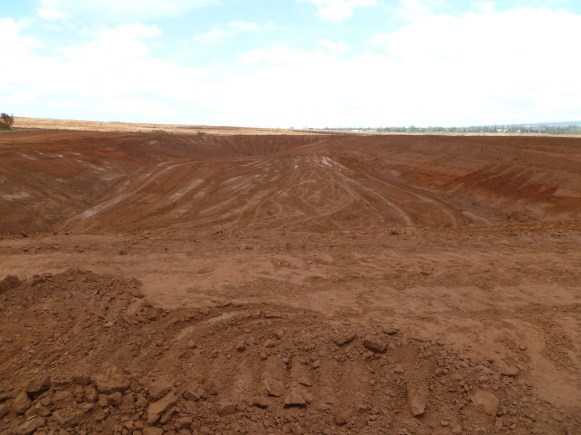 IT HASN’T BEEN BUILT YET, HAHAHA.

(**That isn’t a picture of the real lot, obviously– it’s just a google search jokey joke.)

We are working with the same building company that built 14! They are building a few new homes (that look like renovated homes to match the downtown vibe.) There was a lot for sale five houses down from 14. The lot is on a hill, allowing for the two car garage thing to happen, and so after meeting with the builders and designing it– we are building a little Beach Town House! They are breaking ground any day now!

The house is supposed to be done around June… and so we are finally moving forward. As a family. Together. In the same place. We did it.

It was a scary decision for us to make. It will be hard for us to adjust to this. I am really uncomfortable, still, with the idea of renting our forever home, but this is the best way for us to keep our jobs and our family intact.

AND I AM SO FREAKING EXCITED I CAN’T STAND IT.

So expect this blog to be a lot of jumping up and down gifs and crazy Pinterest board freak outs for the next few months. You’ve been warned!

And thanks for reading this. Now that I’ve crossed off the top goal of my 2015 goal list, my next goal is to keep blogging and connecting with y’all in that incredibly narcissistic way I’ve really missed.